﻿links﻿
The beginning of all art:
a song when planting a rice field
in the country's inmost part.
- Matsuo Basho
Blue Silo Art Studios
https://rinoartdistrict.org/go/blue-silo-studios 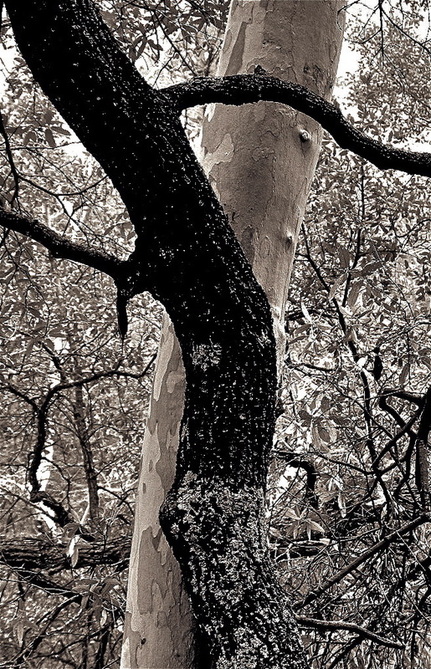 Beauty Amidst the Madness
(haiku by Jennifer Kenyon, paintings by Colorado artists, including me)
http://www.youtube.com/watch?v=k5AKPyW_i4mQ

The Denver Dart interview
Since the link no longer works, here is the entire write-up and interview.

When it comes to rendering observations of the world surrounding him,  Ron Zito’s creative eye usually zeros in on an empty shelf, or an unadorned room with an old sink– things most artists would immediately feel an urge to prop with an assortment of visually stimulating flourishes. But for this contemporary realist, there is greater beauty to be found in simplicity, and the world surrounding him is a bit different for Ron than it is for most of us. Where we may at first see emptiness, Ron sees occupation. Where we may at first notice decay, Ron notices historical record, and he imparts an almost angelic presence upon these subjects he paints with pious and attentive devotion. Ron’s clearly leaving room for the unseen: words spoken long ago; inhabitants of the celestial variety; the scratched and scraped history of paths travelled a thousand times prior.
Words that spring to mind when you’re viewing Ron’s renderings of these “mute objects” or “symbolic landscapes” may include stoic, grand or spiritual. It’s sort of a mental shock to hear yourself say them, given the fact that you’re staring at objects like an old sofa, or a rusting blue sink. But somehow he achieves his goal with extraordinary talent. He has this mysterious ability to morph the banal into the sublime with convincing authority, and that, in our book, makes him a great painter.
Ron’s artistic statement mirrors his work perfectly and concisely: “In some respects, I have become a chronicler of empty spaces. I don’t believe that a place ever loses its human presence. People live, die, or move on, but their spirits remain. We leave something of ourselves behind in the spaces we inhabit, either in the physical changes we make, or because of the dings and dents of time. Therefore, in a sense, there are no real empty spaces.”
With kind encouragement from his wife, in 2003 Ron revived his interest in making art right where he left off fifteen years prior. His first few years back in the studio were a mixed affair, working solidly and winning awards for his creations using pastels, but then he began experimenting with oils.  As time passed, the pensive pace of painting with thin oil glazes quickly became his preferred and impassioned medium. He’s particularly fond of the reflective qualities painting offers, and the very slow, methodical nature of layering color upon color to achieve depth and luminosity. Ron’s work has been exhibited extensively across the front range, and he continues to attract notable awards, including a “Mastery of Media” designation from the Art Students League of Denver, plus several “Best in Show” and “First Place” awards in major juried competitions.
If you’re new to Ron’s work, we suggest visiting his online gallery to view what we think are dazzling pieces after you dive into his 10Q–they may help you understand where he’s coming from, but also why we think his work is  rare and special in our glam-fest age of high-synth, digitized perfection. Take a look at the shelves in “Three in One” and how open the composition is to dialogue, or the analogous gorgeousness of the landscape entitled “Virgin.” Look at the way Ron uses color in a piece like “Altar and Throne,” or the magnificent hidden narratives in “Still Here.” Once you get where he’s going, you realize just how solid Ron Zito’s viewpoint is– even if his views on his work are also a bit different than most.  But that’s how Mr. Zito rolls.
Ron Zito was kind enough to have a virtual cup of coffee with us and share his thoughts on the process of painting. His 10Q is below. Enjoy.

1. If you were asked to write a sentence on the entrance wall of a major museum’s retrospective of your work, what would you want millions of visitors to remember about you and your art?

Laurence Olivier once said that he might wish to be remembered “as something like an expert workman.” That’s good enough for me.

2. Choose ten words, arranged randomly, to describe your idea of a life well-lived.

3. Describe a typical day in the studio: what’s your work routine and what does it take to get your creativity flowing?

I like to read and answer e-mails in the morning, so I don’t usually get to the studio until noon-ish. I work in a building where there are 15 separate studios, and most of us are friends, so I like to make the rounds and talk to people when I get there – see what they’re working on. Then I just start working on whatever project I’m in the middle of. Sometimes I have to gesso, sand boards, varnish pieces, or wire paintings, so it’s not always a day of painting.

4. Everyone has passions and obsessions when it comes to creating art. What images, objects, environments or materials do you feel compelled to return to year after year?

I get a lot of ideas from shooting photos of odd spaces. Many images attract me with their symbolism, as in the painting I did called Altarpiece. It was based on a chance discovery in the storeroom of a gallery. As soon as I saw it I knew I had to make it into a painting – it was that powerful an image.

5. Tell us about one of your more harrowing or comically irritating experiences with a piece or project, and whether it was destroyed, resolved, or still lurking in your midst?

I once did a detailed drawing as a surprise birthday gift for a friend. I had to bring it to the birthday party that night. I went to a local frame shop to get it matted, but when I got there it wasn’t in the folder I had put it in. I rushed back to my apartment and found it lying in the street with a big, fat, tire track over the top. After all that work I was so devastated, but what could I do. I had to draw the whole thing all over again in a matter of hours, but I got it done and she loved it.

6. What part of the creative cycle attracts you most, and why: question, idea, excitement, preparation, experimentation, effort, fatigue, enlightenment, joy, relief, or pride?

I especially like the end process of a painting, when I’m glazing in the final transparent pigments on a wall, water, or face. I feel like I’m almost building the real thing. Sometimes I have to stop myself from adding more and more layers, because I find it so enjoyable and meditative. Before I started glazing I dreaded the end of a painting because I tended to get too fussy with detail. Now, if I’m careful in the beginning of a painting, I get the details out of the way so I can enjoy the experience at the end. It really suits my temperament so much better.

7. You’re supplied free materials and technical assistance, and asked to create a piece that will be permanently installed right next to sculptor Jonathan Borofsky’s sixty foot tall “Dancers”. What will be keeping them company?

I would just move the Blue Stallion from DIA to attack the Dancers.

10. Thank you for your time, and for your incredible contributions to art here in Denver and beyond. Any parting thoughts or information you’d like to add?

I think we artists are a little insecure, so we tend to give each other more credit than we probably deserve. It’s easy to become enthralled with the self-important “artist’s life,” but what’s to say that your plumber, trashman, or average retail clerk isn’t just as valuable. Artists aren’t the only ones that lead difficult lives, but at least we get a little recognition sometimes. I think we should just concentrate on doing the best work possible, and forget about making demands on society. For all of his inner angst, Van Gogh still called himself a craftsman.

Take a look at my work at: www.ronzito.com.